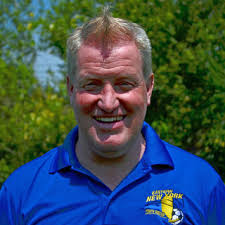 Tim Bradbury has presented at our Coaches Workshop in 2018. 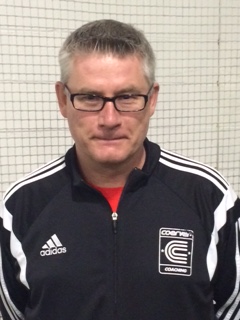 Coerver Coaching is a global football coaching program inspired by the teachings of legendary Dutch coach, Weil Coerver and created in 1984 by Alfred Galustian and Chelsea great, Charlie Cooke.  The method has evolved as Alfred and Charlie have used it across the globe, resulting in premium grass roots and elite teaching method incorporating best practice from around the world.

Rob Bruley has presented at our Coaches Workshops in 2017 and 2018.

Andrew has served in a variety of roles with the Legends Soccer Club and HappyFeet Legends International most recently focused on youth development and education.  Andrew began is Legends career as a player in 1989 before  heading off to Springfield, Missouri to play NCAA Division 1 soccer.  Prior to rejoining the Legends as a coach and director, Andrew served as a high school teacher and coach.  Andrew has coached the entire gamut under the Kansas City Legends umbrella, from ages 2 to 18 and both elite level and recreational.

Andrew has a gift for motivating players and is passionate about helping players gain great self-belief.  At present, Andrew serves as the Director of Youth Development and Education for our network.  Andrew is responsible for creating and carrying out training and education for Legends partners across the world.

Kyle has served as the Executive Director for the Legends Soccer Club since October 2008 however it is his 24th year with the club.  Kyle started his tenure as a player under the founder of the club, Andy Barney.  Following his youth playing career, Kyle played NCAA Division 1 and in the Premier Development League for the Springfield Demize.  Kyle has spent the last decade coaching a variety of teams and age groups in the Legends club.  In his time with the club, Kyle’s teams have won multiple state titles.  Kyle has also served as a staff coach for the SuperClub National Teams and was one of the youngest presenters at this years USC Convention in Chicago.  During his tenure as the Executive Director, the Legends Soccer Club has grown significantly in both the number of players served and the level that players have aspired to.  Over the last three years, two male players have signed professional contracts as teenagers with the most recent being Tyler Freeman, age 15, on a homegrown contract for Sporting Kansas City of Major League Soccer.  Additionally, in the last 18 months, the club has had six different female players represent the US Women’s National Team at various levels, including the full WMNT.  Kyle has a unique coaching style and is known for creating an environment where both players and coaches can excel.

In addition to being named three time MASCAC coach of the year, Coach Raber is an instructor for the National Soccer Coaches Association of America.  As a member of both the National Goalkeeping and Field Player staff Coach Raber instructs all levels of goalkeeping as well as level 1 through the Advanced National Diplomas of the field player side.

Instruction Titles: Session 1 (Defending on the Field For Older Players) 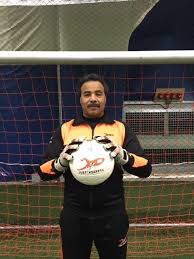 In addition to being the New York State Director for Just 4 Keepers, USA, Prince is also the head coach at this organization. Prince has also coached several teams within CDYSL and has helped Deb Raber, MCLA Coach, during past workshop demonstrations